Heatrae Sadia has announced that it is opening its Norwich factory to local school children as part of an effort to support the Government’s Year of Engineering.

The Year of Engineering has been launched in response to an estimated shortfall of 20,000 engineering graduates a year, a trend which threatens to create a widespread skills shortage within the industry.

Over the course of the year, several schools in the Norwich area will be invited to visit Heatrae Sadia’s manufacturing headquarters, where students will be treated to a full factory tour and a presentation on the ins and outs of a career in engineering.

Heatrae Sadia welcomed Great Yarmouth College in February, with Aylsham High School attending later this month and a number of other groups scheduled to tour the site as the year progresses.

Steve Rickards, Commercial Director of Heatrae Sadia, said: “The heating and hot water industry relies on passionate engineers to pioneer the solutions of the future, and consequently, the skills gap is an issue which affects us all.

“The Year of Engineering offers a unique opportunity to promote the benefits of a career in engineering – and what better way to support that than by offering a glimpse into a working factory. We look forward to welcoming the students to Heatrae Sadia, and hope that we can provide an inspirational view of what it means to be an engineer.”

The initiative represents further investment in the future by Heatrae Sadia, following the relaunch of its Design Awards late last year. The competition requires university students and new graduates to submit a proposal for a problem-solving product for the heating and hot water industry. The winner, which will be announced in the summer, will claim a £10,000 prize. 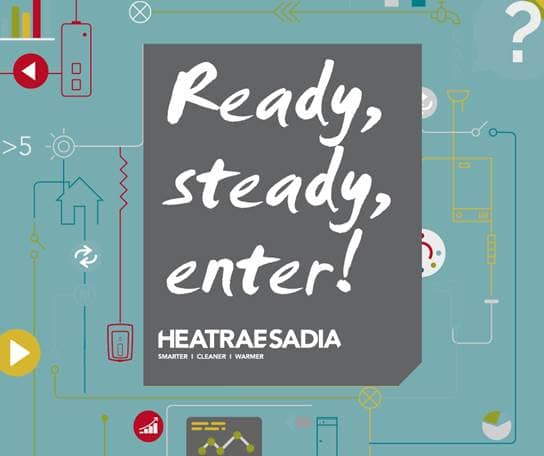 We use cookies to personalise content and ads, to provide social media features and to analyse our traffic. We also share information about your use of our site with our social media, advertising and analytics partners who may combine it with other information that you’ve provided to them or that they’ve collected from your use of their services