100 years of manufacturing is an achievement to be celebrated.  We should have been celebrating this important centenary in 2020, but the Covid pandemic had other plans for us!

However, we are extremely proud of the Heatrae Sadia brand, which grew from humble beginnings in 1920 as Electric Fires in King Street, Norwich. It is the passion, craftsmanship and expertise developed over decades that has made it the market-leading, international brand it is today. 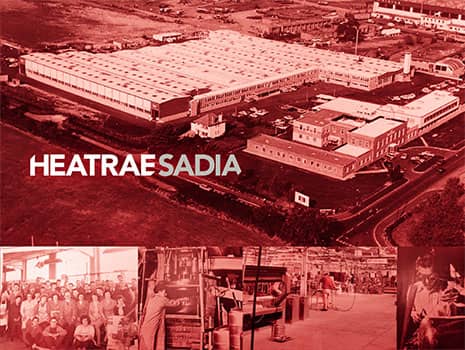 Charles Hubert Smith and Commander Newhouse founded Electric Fires Ltd.  Charles Smith is credited with inventing the first mains electric immersion heater and went on to hold many other product design patents before his death in 1960. In 1926, the business moved to larger premises in St Georges Street, where it manufactured a range of electric fires, hot plates and hot water heaters. These early years under Smith’s leadership provided a foundation for the company’s later success.  In 1934, the company officially changed its name to Heatrae.

Heatrae Sadia pensioner, Philip Howes, worked at St Georges Street before the company moved to its current site at Hurricane Way.  He said: “Previously it was a shoe factory – Norwich was known for its shoe factories… …and it still had the old belt system. [The tank shop] had a timber roof on it and it still had the holes in and burn marks from when the incendiary bombs came through from the German bombing on Norwich.” 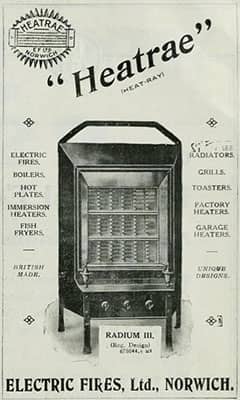 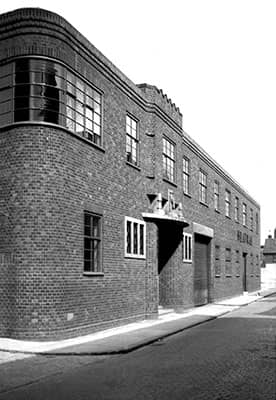 During the Second World War, Winston Churchill had a bunker in Down Street underground station, which had been closed in 1932. There was space for meeting rooms and offices where the Prime Minister would co-ordinate the start of the war effort before the completion of the cabinet war rooms, and he spent around 40 nights there during the Blitz in the autumn and winter of 1940. Churchill was well known for loving a long bath and, in the 2010s, his bath along with the Heatrae Sadia cylinder that provided its hot water were discovered untouched since the war, deep below the streets of Mayfair. 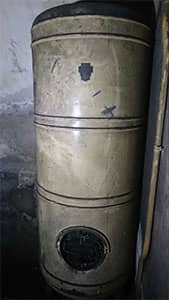 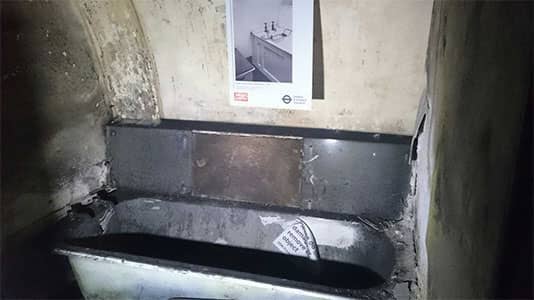 Through the 1950s and 60s, the company expanded through a number of acquisitions. In 1960, Heatrae bought Duncan Low, a manufacturer of industrial electric and steam liquid heating equipment, which would later become Heatrae Industrial. In 1961, the business set up Heatrod Elements in Gorleston to produce immersion heaters and a year later acquired Electroway, a manufacturer of stainless-steel catering equipment. Around this time, Heatrae’s parent company merged with British South African Co. to become Charter Consolidated.

In 1970, Heatrae moved to its current site, Hurricane Way, Norwich. It acquired Sadia Water Heating in 1974 to complement Heatrae’s existing range and three years later the business brought both brands under one banner as Heatrae Sadia.

Philip Howes made the move to Hurricane Way, and says: “[We Made] specialist heaters – normal heaters were all steel and that, but we done work for minesweepers, which obviously couldn’t be magnetic, so a lot of those had to be done specially from aluminium. [We also made] large water heaters that went in the nuclear submarines. That was really specialist, because it had to go down in the same place as where the torpedoes were put in.”

Pensioner Alan Clarke joined the company in the mid-seventies, straight from school. He explained how labour intensive the work was in those days, so a couple of buses would collect the workers from around the city.

By 1988, unvented water heating had been adopted in the UK, and in 1994 the first Megaflo cylinders were produced. Megaflo would go on to become one of the leading domestic hot water cylinders on the market today, providing fast-filling baths and powerful showers. Thousands of G3 qualified Registered Gas Safe engineers choose Megaflo, and it has become the generic name for a water cylinder.

Tragedy struck on 11 September 2009, when fire broke out just before midnight. 15 fire engines and 70 firefighters were needed to get the fire under control and extinguished. Many workers thought that was the end of the businesses when they were turned away the next morning. However, that was on Friday, and by Monday morning the factory was back in production and just one day was lost, thanks to the entire engineering team. 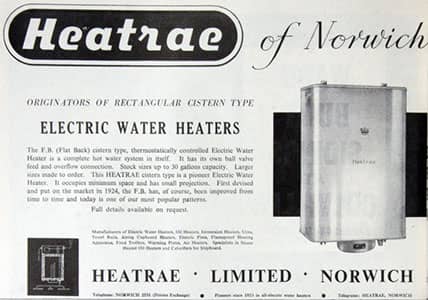 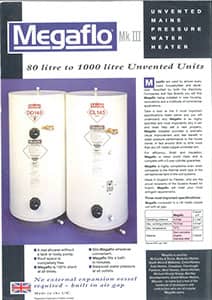 In 2012, the business provided packaged heating solutions for the athletes’ village at the London Olympics. Heatrae Sadia also made a chariot that took part in the Lord Mayor’s procession as the Olympic torched passed through Norwich on its way to the capital.

It’s all about the people

Over the years, colleagues at Heatrae Sadia have raised thousands of pounds for local and national charities, including Marie Curie and The Alzheimer’s Society.  They have dressed up, climbed, baked and even held a circus in aid of good causes. They have supported university design students by running the Design Awards - encouraging the next generation of talent to design an innovative water heating product.

It has not been uncommon for several generations of families to have worked at Heatrae Sadia. Some families have racked up over 100 years of service between them.  Paul Holmes, maintenance and reliability engineer, explains: “It’s definitely the people who have made the place it is.” And this is a common theme among past and present colleagues.

As we embark on the next century of Heatrae Sadia’s history, a new chapter is beginning, with the move of its Norwich operations to Baxi’s manufacturing site in Preston, Lancashire.  As part of BDR Thermea Group, the Heatrae Sadia brand has the financial and technical backing that will prepare it for the energy transition and the drive for net zero carbon emissions in the UK.