Having gained an enviable reputation for quality and reliability over our 95 year heritage of manufacturing electric heating and hot water storage products, Heatrae Sadia has established its market-leading position with a portfolio of innovative, award-winning products and services.

For many years, Heatrae Sadia was known as the quality name in water heating, but the market now expects quality from Heatrae Sadia as standard. This resulted in the business starting a process of transforming the brand with a new and more energetic commitment of Smarter, Cleaner and Warmer - reflecting the fact that our business and people are smart, environmentally aware and easy to deal with

Since the early days of Heatrae Sadia, the company has grown and expanded through a continual process of innovation, whilst having been acquired by several large investment groups throughout the years, including Duncan Low, Charter Consolidated, Valor Group, Newmond and Williams Holdings. Heatrae Sadia itself acquired Megaflo in 1993, which it then developed with significant investment to establish it as the market leader in the unvented hot water cylinder sector, to the point that Megaflo is also now recognised as a generic term for unvented water heating.

Even more recently in 1998, Newmond (the previous owners of Heatrae Sadia) also acquired Santon, a reputable and respected brand of water heating products with its roots in South Wales, then moved production to Norwich the following year to the purpose-built Heatrae Sadia factory on the Norwich Airport Industrial Estate.

In 2001, Newmond then merged with Baxi, a leading name in the gas boiler industry, to establish one of Europe's biggest heating groups and in 2009, Baxi Group merged with another European group, De Dietrich Remeha, to form BDR Thermea, the third largest manufacturer of heating appliances in Europe. With its headquarters in Apeldoorn, The Netherlands, BDR Thermea has a market presence in over 70 countries with over 6,000 employees worldwide.

History of our brand 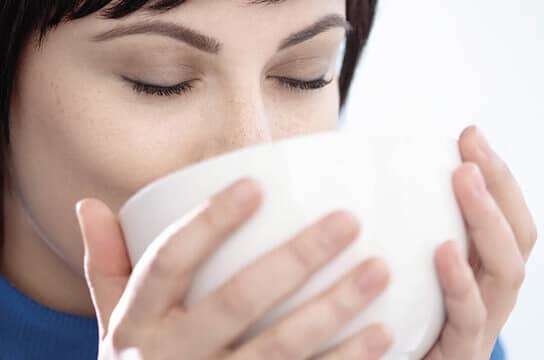 From modest beginnings in a narrow street in Norwich, nearly a century ago, to the market leading, international business it is now, Heatrae Sadia has always stayed true to its roots - both geographically and ethically. 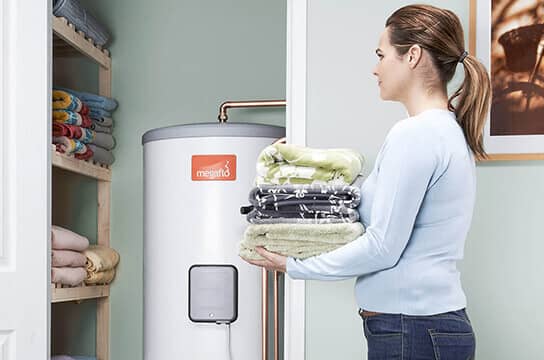 Megaflo has been part of Heatrae Sadia since 1993 and is the market leader in the unvented hot water cylinder sector, despite increasing competition; so much so that Megaflo is seen as the generic term for unvented water heating. 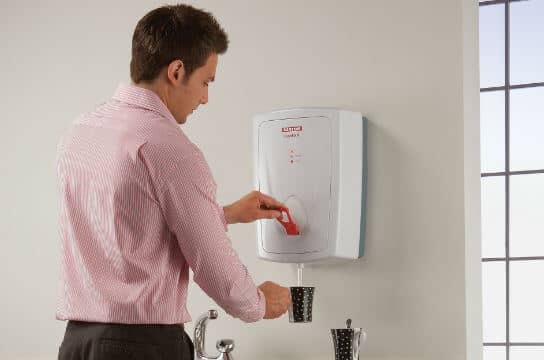 For around 90 years, the Santon brand has been delivering good quality water heating products. Established initially in South Wales, the company was acquired by Newmond (previous owners of Heatrae Sadia) in 1998. 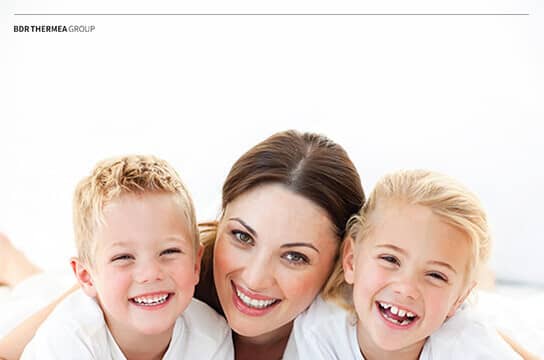 Heatrae Sadia is part of Baxi Heating, which in turn is part of BDR Thermea Group, world leading manufacturers and distributors of sustainable, smart climate and sanitary hot water solutions and services. 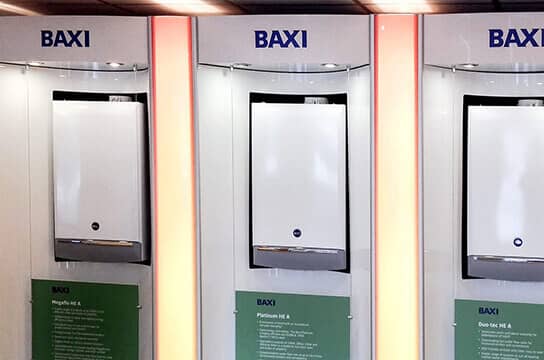 Heatrae Sadia is part of Baxi Heating, which has a portfolio of some of the best known and most respected brands in the UK and Ireland heating industry.

It's our people who provide customer satisfaction, drive innovation and ensure our continued success. If you share these values, apply for a job today
Find out more
News & Events

Keep up to date with all the latest Heatrae Sadia news, press releases, exhibitions, events and case studies
Find out more